Home » Blog » Why You Should Include Cranberry in your Life

Why You Should Include Cranberry in your Life

Many of us are familiar with the cranberry as a symbol of the holiday season, which you’ll often see as a sauce in an aluminum can. But what is the story behind this humble berry? Where is it grown and should we include it in our diet? In this article you’ll read about where the cranberry comes from, how it was used as a native remedy, and what its health benefits are today- backed by science.

So, is cranberry grown on a tree or a bush?

They grow on vines, which reach across beds layered with sand, peat, and gravel. These environments are known as bogs or marshes, which were created from deposits left by glaciers more than 10,000 years ago.

The story of the cranberry is pretty interesting actually…. As you may know, cranberries are super tart. And from an evolutionary standpoint, fruits are normally sweet to attract animals to eat them and redistribute their seeds. So how did the berry prevail despite its bitter profile?

The answer lies at the core of the cranberry. At its center there is an air pocket. This air pocket allows the cranberry to float in water; hence its reason for finding itself thriving among bogs.

Kind of interesting to think about isn’t it?

So how long has the cranberry been around and how was it used? In the next paragraph, you’ll find the answer.

The cranberry, or vaccinium macrocarpon, is native to North America. Specifically, from Manitoba to Newfoundland and extending south to Mid-Western and Eastern United States.

Some indigenous peoples of Canada (also known as First Nations) knew that cranberries prevented or cured scurvy- which we now know is from vitamin C deficiency. Some First Nations also used it for bladder and kidney problems. Another remedy is the crushed berries were poulticed on tumors and wounds. First Nations then passed on their medicinal remedy wisdom to early settlers.

Not only was it a medicinal remedy, it was also used as food. For example, First Nations dried the berries and mixed them with fat or dried meat. Then, in the early 1800s, settlers in Massachusetts started growing cranberries commercially. Because of this, cranberry was one of the first native North American medicinal plants to be cultivated as a cash crop.

The cranberry is a powerful antioxidant with several health benefits. In this paragraph, you’ll read about ways it can support our bodies.

An active ingredient in cranberries called proanthocyanidins can prevent E. coli bacteria from attaching to the wall of the bladder (1, 2). Because of this, bacteria then can’t multiply and cause an infection.

It is important to note that many cranberry juices on the market contain HIGH amounts of sugar. One cup of cranberry juice may have 25-36 grams of sugar. That is more sugar than a cup of Coca Cola. Therefore, taking them as a supplement may be more palatable and health-friendly.

The cranberry is full of antioxidants. Antioxidants are what protect the body from damage caused by free radicals. In fact, the antioxidants in cranberries outrank some tough fruit and veggie competitors- such as strawberries, spinach, broccoli, red grapes, apples, raspberries, and cherries.

Cranberries can help lower the risk of heart-related problems and sustain cardiovascular health.

According to a 2010 study published in Nutrition Reviews, cranberries are a rich source of flavonoids, vitamins, and fiber. These components may help reduce the risk of cardiovascular disease (7). 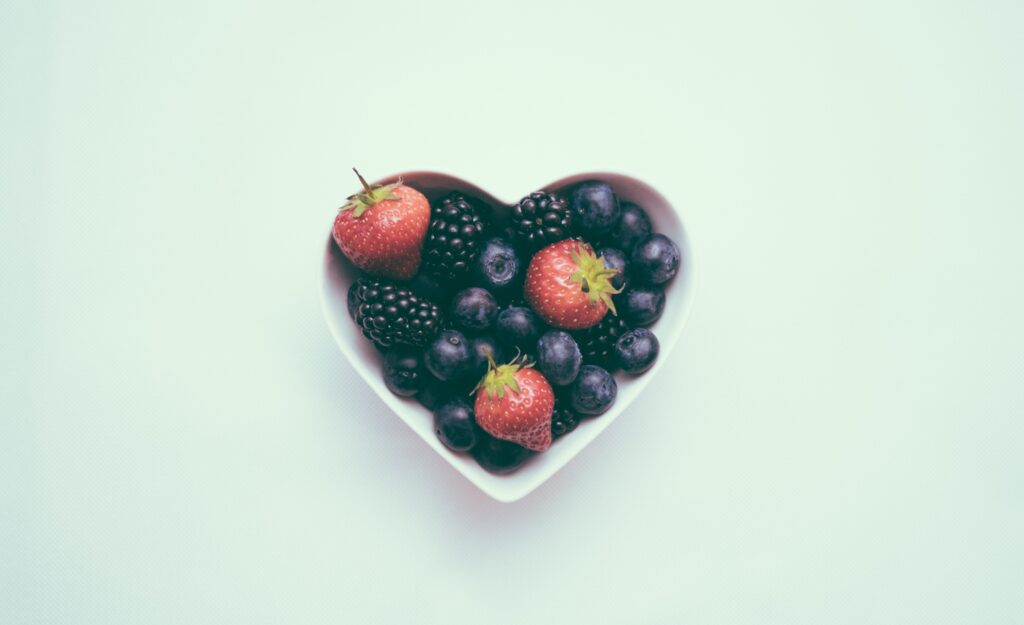 Cranberries may be beneficial for oral health. Research shows that it may help with gingivitis, cavities, gum disease, and plaque buildup.

Peptic ulcers are open sores in the lining of the stomach, esophagus, and small intestine. Helicobacter pylori is a type of bacteria responsible for these ailments.

Studies show that cranberry can help inhibit the growth of H. pylori. As a result, it reduces the risk of developing stomach ulcers (13, 14, 15, 16).

Cranberries have immune-supporting benefits. They are high in vitamin C and the phytochemicals in cranberries promote a health immune system (17).

People with strong immune systems are less susceptible to the common cold, flu, and other common infections.

As mentioned earlier, cranberries are packed with antioxidants. Oxidative stress from free radicals is a huge factor in wrinkles, fine lines, and other forms of cellular damage. Rich with vitamin C, B3, and B5, cranberries fight free radical damage. As a result, it can delay the appearance of skin aging.

Overall, I find the story behind cranberries and their many health benefits to be pretty intriguing. As mentioned earlier, cranberry juice is super high in sugar. If you are curious about its many benefits, but you don’t want to drink several glasses of cranberry juice a day, give Izee Native’s gummies a try. They are packed with 1,000 milligrams of cranberry extract, making it an easy and effective addition to your wellness routine.